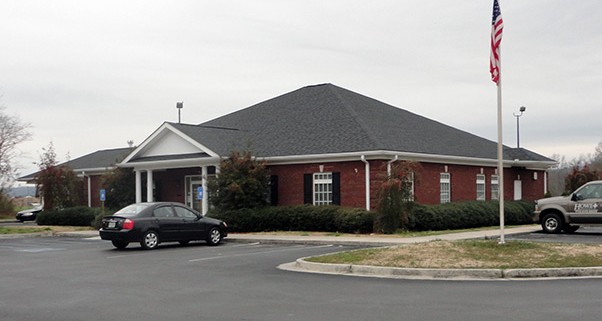 TRION, GA (November 19, 2015) – Southeast Federal Credit Union is pleased to announce the renovation and expansion of their branch located at 37 Selman Drive in Trion, GA. Southeast FCU moved to this Chattooga County location in 1998 and has seen continued growth since. John R. Fair, President and Chief Executive Officer of Southeast Federal stated, “We wanted to expand the branch for our growing membership in order to better serve them. We are very excited about these improvements as they will enable us to better service our members while enhancing their overall experience with Southeast Federal Credit Union.”

The Credit Union selected Howe Construction, headquartered in Roswell, GA, as their design-build firm of choice. Howe Construction completed the overall design and has started the renovations to the Trion branch’s existing 3,376 square feet which will add an additional 2,200 square feet. The renovation and expansion will feature a stone clad fireplace and coffee bar. Sliding “barn doors” will separate the conference and waiting areas which will provide an open feel between the two spaces when combined into a reception space. Southeast Federal is also adding 9 new offices for greater privacy and faster service for its members. The renovated branch interior will include a warm wood feel on the floor along with specialty lighting in updated colors and finishes similar to the look of the Cornelia branch which the Credit Union renovated in 2013. Stan Howe, President of Howe Construction, said, “We were pleased to do the Cornelia renovation a couple of years ago and even happier that Southeast Federal Credit Union has grown so much for us to expand the Trion branch to enable the best experience for their members.”

The construction and renovation of the Trion branch is scheduled to be completed by second quarter of 2016.

Howe Construction, Inc. is a full-service design-build firm which specializes in financial institutions. Since 1999 Howe Construction has focused upon its mission to be your lifetime company of choice which is evident in the repeat business over time. Service offerings include site selection, architecture, engineering, project management, interior design and furniture.

Want to join the discussion?
Feel free to contribute!